Mary Agnes “Maggie” Wilderotter has served on our board of directors since March 2018. Since August 2016, Ms. Wilderotter has been Chairman and Chief Executive Officer of the Grand Reserve Inn, a luxury resort and vineyard.

Ms. Wilderotter received a B.A. in Economics from the College of the Holy Cross.

investment function. EMC’s M&A deal pace has averaged about $2B per year, the venture investment pace is $50-$100M per year. Prior to EMC Scott was a General Partner at Frazier Technology Ventures. Prior to FTV Scott was Vice President and Managing Director at Intel Capital. During this tenure at Intel Capital he managed the teams responsible for investing in support of the business units responsible for more than two thirds of Intel’s revenue. During Scott’s years at Intel and prior to joining Intel Capital in 2000, he was the general manager for several business units including the Internet Media Services Division and the Personal Conferencing Division, as well as the marketing director for the OEM Computer Systems Division. Before Intel, Scott worked in product marketing at Apple Computer and at two early PC industry startups.

Scott received his MBA from Stanford University's Graduate School of Business in 1988. He earned his undergraduate degree from the University of California, Santa Cruz, in 1981, where he studied economics and computer science.

John Hinshaw is the Chief Customer Officer for Hewlett Packard Enterprise. In this role, he leads the strategic accounts and strategic alliances organizations and is responsible for generating growth with key customers and alliance partners.

He also leads the customer advocacy function, which ensures our customers get the best experience interacting with Hewlett Packard Enterprise, as well as the information technology and cyber security functions for the company. John joined Hewlett-Packard in 2011 as the Executive Vice President of Technology & Operations and led that organization until the formation of Hewlett Packard Enterprise in November 2015.

Previously, John spent nearly five years at The Boeing Company, serving as the General Manager of the Information Solutions business unit, and earlier as their Chief Information Officer (CIO). He also led Boeing’s company-wide corporate initiative on Information Security and Information Management. While at Boeing in 2009, John was named CIO of the Year by the Executives’ Club of Chicago and the Association of Information Technology Professionals.

Prior to Boeing, John spent 14 years at Verizon where he served as Senior Vice President and CIO of Verizon Wireless. He also held a number of key positions focused on enabling business growth, reducing costs and improving business productivity. Earlier in his career, John served as a consultant with Accenture.

decades of corporate finance, accounting, growth strategy, and IT management experience to DocuSign’s board. In his twenty-three years at Genentech, Lavigne led the company’s financial, corporate relations, and information technology groups as revenues grew from $40 million in 1983 to $300 million in 1988 when he became CFO to more than $6.5 billion in 2005 when he was named ‘Best CFO in Biotech’ by Institutional Investor.

Mary Meeker is partner at Kleiner Perkins Caufield & Byers and joined the firm in January 2011. She focuses on investments in the firm’s digital practice and helps lead KPCB’s Digital Growth Fund, targeting

high-growth Internet companies that have achieved rapid adoption and scale. Mary serves on the board of Square and LendingClub and is actively involved in KPCB’s investments in Twitter, Groupon, Legalzoom, Waze, 360buy.com, Spotify, Jawbone, One King's Lane and Trendyol.

From 1991 to 2010 worked at Morgan Stanley and served as managing director and research analyst. Since beginning her career as a securities analyst in 1986, Mary has focused on discovering and understanding emerging technology trends, building relationships with visionary entrepreneurs and supporting category-defining companies during their critical phases of market adoption and growth.

While at Morgan Stanley, Mary covered companies that created more than 200,000 jobs over the past two decades while the companies increased their collective market value by more than US$900 billion, as of February 2011. These companies include Activision, Adobe, Alibaba, Amazon.com, Apple, Dell, eBay, Electronic Arts, Google, Intuit, Microsoft, priceline.com and Yahoo!. Mary is credited with having a deep understanding of what makes businesses succeed and fail.

Mary graduated from DePauw University with B.A. degree. She also received an M.B.A. from Cornell University and an Honorary Doctor of Letters degree from DePauw.

Rory O’Driscoll is a founding member of Scale Venture Partners (ScaleVP) and has been an active investor at ScaleVP or its predecessor funds since 1993. His primary focus is on software

companies benefiting from the move to software-as-a-service and the wider transition of enterprise computing to the cloud. He currently sits on the boards of Arena Solutions, Axcient, Box, Boundary, DocuSign, ExactTarget (ET), Hubspan, Livescribe, Lumension Security, and Vantage Media.

Rory was named to the Forbes Midas List in 2012 and was also named one of the “power players” of venture capital by AlwaysOn in 2011 and 2012 . Prior to ScaleVP, he was the CEO of a manufacturing company in the UK. Rory holds a BSc from the London School of Economics.

Jonathan Roberts is a founder and partner of Ignition. He invests in business application and services companies and represents Ignition as director on the boards of DocuSign, AVST, HyperQuality, Spoken

Communications and Earth Class Mail. Prior to Ignition, Jonathan spent 13 years at Microsoft, most recently as general manager of the Windows CE Intelligent Appliance Division, where he was responsible for developing new WinCE products, product marketing, business development and long-term planning for the Windows CE platform, as well as the retargeting of the Microsoft's PocketPC effort.

Jonathan received his BA in history from the University of Washington where he was also student body president. 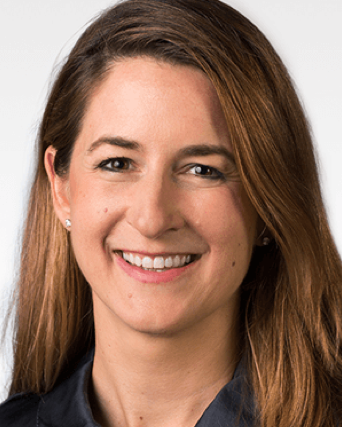 Cynthia has served as Senior Vice President and Chief Financial Officer of Pivotal (NYSE:PVTL) since May 2016, and is responsible for leading worldwide finance and operations.

Cynthia Gaylor has served on our Board of Directors since December 2018. Ms. Gaylor has served as Senior Vice President and Chief Financial Officer of Pivotal Software, Inc. (PVTL: NYSE) since May 2016. Prior to joining Pivotal, Ms. Gaylor was an independent strategic advisor from November 2014 to May 2016. From June 2013 to October 2014, Ms. Gaylor was the Head of Corporate Development and an Advisor at Twitter (TWTR: NYSE). Prior to Twitter, Ms. Gaylor was a Managing Director at Morgan Stanley (MS: NYSE), serving in various positions in the technology investment banking group between March 2006 and May 2013. Ms. Gaylor has a B.S. in Economics from The Wharton School of the University of Pennsylvania.

leadership to the DocuSign board. Throughout his nineteen years at Symantec, the global leader for security, backup, and availability solutions, Salem served in leadership roles as COO, group president of worldwide sales and marketing, president of consumer products, and others. In March 2011, Salem was appointed to President Barack Obama’s Management Advisory Board and also currently serves on the board of Fireye, Atlassian, Clari, Cloudgenix and ForeScout. Before Symantec, Salem was president and CEO of Brightmail, the leading anti-spam software company acquired by Symantec in 2004. He was also SVP of products and technology at Oblix Inc., and VP of technology and operations at Ask Jeeves Inc.

In 2010, Salem received the Estrella Award by the Hispanic IT Executive Council which recognizes individuals for their achievements in the IT industry and the community. He was named 2007 Corporate Executive of the Year by Hispanic Net, as well as 2004 Entrepreneur of the Year by Ernst and Young. Salem received a bachelor’s degree in computer science from Dartmouth College.

Pete Solvik led DocuSign's Series B financing in 2006 while at Sigma Partners. He has served on the board of directors for over ten years and has since held past and present roles as Chair of the Compensation, CEO Search, and Nominating & Governance Committees, and as member of the M&A Committee

Pete became a founding partner in Jackson Square Ventures in 2011 where he invests across the B2B Saas and Security landscapes. With more than 20 years' experience on leadership teams of successful, high-growth information technology companies, Pete applies his background and perspective to helping entrepreneurs and management teams form, build & rapidly scale successful businesses.

Previously, Pete was with Sigma Partners which he joined in 2002 following 10 years at Cisco Systems as senior vice president and CIO, and founder of the Internet Business Solutions Group. During his tenure from 1992-2002, Cisco achieved wide recognition for early and aggressive use of the Internet, e-commerce and information technology. During Pete's time at Cisco, the company experienced explosive success, growing from $200 million to $25 billion in annual sales run rate. Prior to Cisco, he spent 11 years at Apple Computer.

Pete was named four times to the CIO 100 by CIO Magazine, selected as one of "The 25 Most Powerful Executives in Networking" by Network World and featured in four Harvard Business School case studies on the successful use of information technology in the enterprise. He has often been quoted in articles on IT and eBusiness in Fortune, the Wall Street Journal, Business Week, the Economist, the New York Times, Information Week, CIO Magazine and many other publications and books. Pete has been a keynote speaker at more than 50 industry conferences on information technology and the internet. 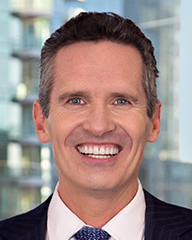 Daniel Springer serves as CEO of DocuSign where he leads more than 2,000 employees worldwide to empower organizations of every size and industry to achieve their digital transformations, helping them make every agreement 100% digital.

Springer has more than 25 years of executive leadership and experience in driving innovation and hyper growth across technology and, specifically, the Software-as-a-Service (SaaS) industry.

Prior to DocuSign, Springer served as Chairman and CEO at Responsys for ten years where he transformed and scaled the business from private start up to the leading cross-channel marketing automation platform globally as a publicly traded company. Springer then led the sale of Responsys to Oracle for $1.6 billion. During his tenure, Springer was honored as both a Bay Area Most Admired CEO and Best CEO.

Previously, he was Managing Director of Modem Media and also served as CEO at Telleo, Inc., CMO at NextCard, and a consultant at McKinsey & Company. He started his career at DRI/McGraw-Hill and Pacific Telesis. Springer holds an MBA from Harvard University and an AB in Mathematics and Economics from Occidental College.

Springer serves or has served as a board member at both public and private companies, including iCIMS, Ansira, YuMe, ELOAN (Banco Popular), Heighten, Persado, and eGroups (Yahoo!), as well as at nonprofits, including YearUp, The Urban School, Shop.org, AdTech, The Randall Museum and The San Francisco Friends School.